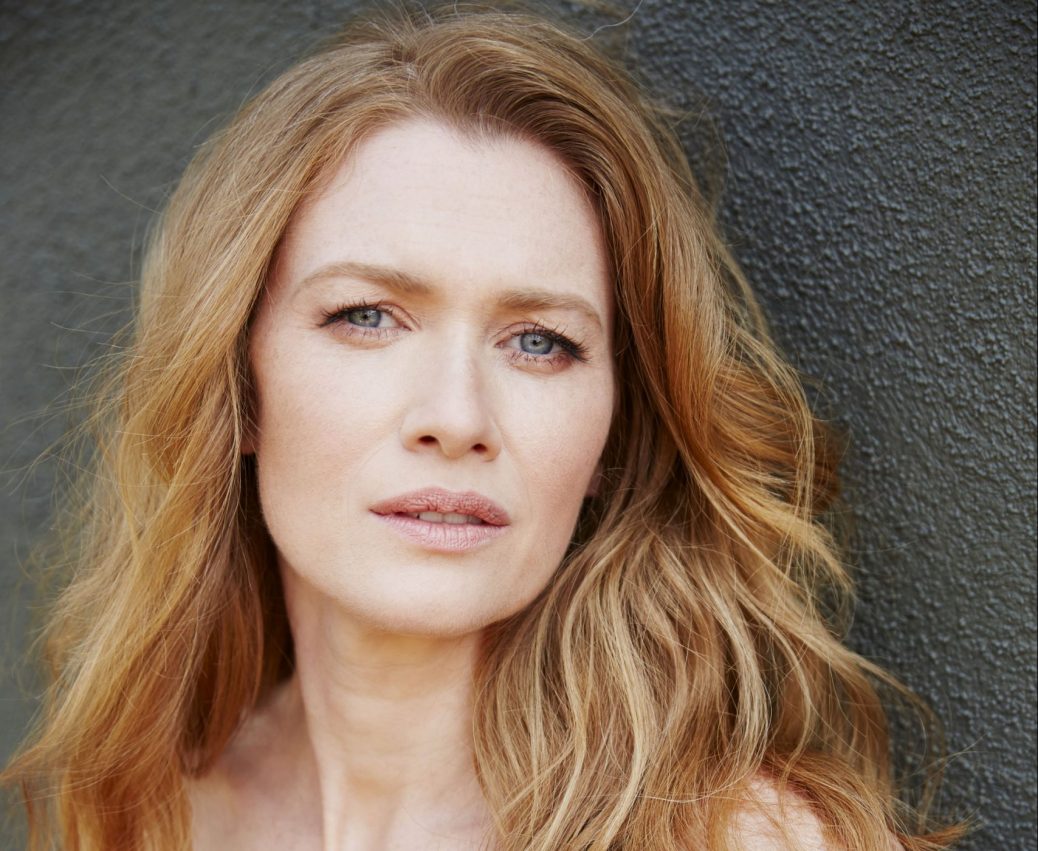 Mireille Enos has quickly risen to the top of a short list of sought after female actors. She is best known for her role as “Karin Lane” opposite Brad Pitt in the blockbuster hit WORLD WAR Z as well as her Golden Globe, Emmy and Critics Choice Award nominated role as detective “Sarah Linden” on AMC’s THE KILLING. Enos can currently be seen in the Amazon Studios adaptation of the action-thriller, HANNA as ruthless CIA agent ‘Marissa.’ The series, created by David Farr, was recently renewed for a third season. For her portrayal, Enos received Critics Choice Super Award nomination in the category of Best Actress in an Action Series.

In 2019, Enos was seen in the Amazon and BBC six-part series, GOOD OMENS, portraying ‘War,’ one of the Four Horsemen of the Apocalypse. Joined by Jon Hamm, Michael Sheen and David Tennant, the show is described as equal parts humor, horror, fantasy and drama.

In 2016, Enos joined the ranks of Shonda Rhimes’ leading ladies, being cast in the starring role of ABC’s THE CATCH which premiered as part of the famed “Thank God It’s Thursday” (TGIT) lineup and aired for two seasons.

Enos’ big break in television came in the form of her supporting role in the HBO drama BIG LOVE from 2007-2010. Impressed by her range and versatility, Enos was cast in a double-role playing twins ‘JoDean and Kathy Marquart,’ which eventually lead to her leading role on the AMC hit show THE KILLING for four seasons beginning in 2011.

Other television projects include HBO biographical drama MY DINNER WITH HERVÉ opposite Jamie Dornan and Peter Dinklage, which recounts the life of French Actor Hervé Villechaize.

Most recently in film, Enos starred in the Blumhouse produced film, THE LIE, opposite Peter Sarsgaard and Joey King. Written and directed by THE KILLING creator, Venna Sud, the film made its debut at the 2018 Toronto international Film Festival.

In 2017, Enos was seen in the thriller NEVER HERE, opposite the late Sam Shepard, in what became his final role. Other film credits THE CAPTIVE, directed by Atom Egoyan and starring opposite Ryan Reynolds, IF I STAY, based on the best-selling young adult novel, Gangster Squad opposite Josh Brolin and Ryan Gosling and SABOTAGE, directed by David Ayer.

Most notably, on stage, Enos starred in the Broadway revival of WHO’S AFRAID OF VIRGINIA WOOLF opposite industry veterans Bill Irwin and Kathleen Turner where she earned herself a Tony nomination for “Best Featured Actress in a Play.”  In 2006, Enos joined the original cast as the play transferred to London’s famous West End

Enos was raised in Houston where she attended The High School for the Performing and Visual Arts.